If there is a player in need of a bounce back performance, it is Angelique Kerber. After a strong 2016, she has struggled in 2017 and will look to turn her season around at Rogers Cup presented by National Bank. A year ago, Kerber had the best season of her career. She entered the 2016 Australian Open as the No. 7 seed and advanced to the final against No. 1 ranked Serena Williams. The German put herself on the map as she bested Williams 6-4, 3-6, 6-4. With the victory, Kerber became the first German to win the Australian Open since Steffi Graf won in 1994. 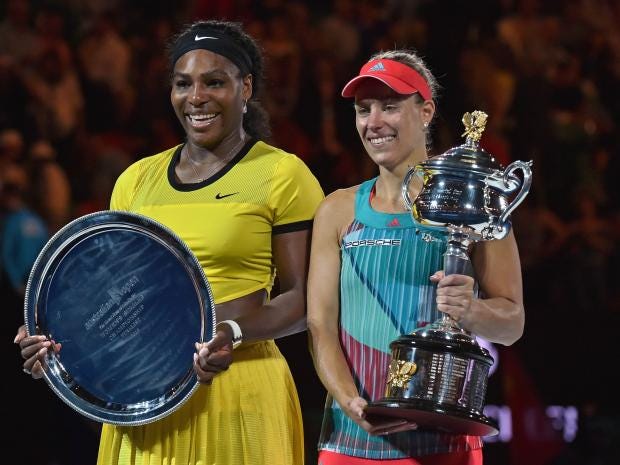 Kerber and Williams would meet again in the finals of Wimbledon, this time Serena came out on top 6-3, 7-5. After having to withdraw from the Swedish Open, Kerber’s next tournament was Rogers Cup presented by National Bank. For the second straight year, she would face Romania’s Simona Halep in the semifinal. She pushed eventual champion Halep to three sets, but ultimately lost the match 6-0, 3-6, 6-2.

Kerber’s performance at Rogers Cup transferred into success on the world’s biggest stage. At the 2016 Rio Olympics, Kerber advanced to the singles final and walked away with a silver medal for Germany.

Her momentum did not slow at the U.S Open. Kerber defeated Petra Kvitova, Caroline Wozniacki and Karolina Pliskova on the way to her second Grand Slam title of the season. She would close out 2016 as the WTA’s No. 1 ranked player, Serena Williams had held the No. 1 spot since 2013. The talented German has yet to win a WTA title in 2017 and has been overtaken as the No. 1 ranked player, she now sits at No. 3. Kerber will look to return to form and win her first Rogers Cup, this will be her eighth appearance at the tournament. Buzz
4 things to know for Stuttgart